Names and other identifying information have been changed to protect patient confidentiality. 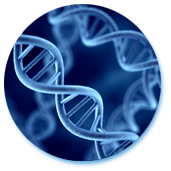 Three years ago, Sarah starting having pain and swelling in her hands and knees. In her hands her metacarpal (knuckle) joints were the joints most affected. Her condition became progressively worse. She consulted several rheumatologists, without receiving a definitive diagnosis. Treatment was started but she was not getting much benefit from the medications she was taking. Her ActX testing showed that she had two HFE variants associated with hereditary hemochromatosis (homozygous). Hereditary hemochromatosis is an iron overload syndrome. Further testing showed high iron saturation and moderately elevated ferritin, indicating some iron overload. The treatment for hereditary hemochromatosis is the repeated drawing of a pint or half pint of blood (phlebotomy) to reduce the body’s iron stores. Her physician decided to start her on weekly phlebotomy. At the end of six weeks, her joint pain and swelling had resolved and Sarah was able to stop her medications.

Note: Not all cases of arthritis associated with hereditary hemochromatosis respond well to phlebotomy, but in this case the response was good.

Madison was a heavy cigarette smoker. Her ActX test results showed that she had a variant associated with alpha-1 anti-trypsin deficiency. Alpha-1 antitrypsin helps protect your lungs. Madison’s variant is associated with a moderate deficiency of alpha-1-antitrypsin. If she continued to smoke, she was likely to get severe emphysema at a young age. With help from her physician, Madison has now quit smoking. 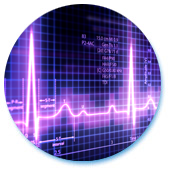 Chad has never had any serious health risks or surgeries. Using the ActX Service, Chad and his physician discovered that he has a particular variant that predisposes him to developing malignant hyperthermia. Malignant hyperthermia is an uncommon genetic condition triggered by inhaled anesthetics. When patients who have this variant are given a general, inhaled, anesthetic they are likely to have a severe reaction to the anesthetic. The reaction leads to a substantial mortality rate in the operating room. The underlying cause is strong muscle contractions and hypermetabolism when exposed to the anesthetic. Knowing that he carries the variant for malignant hyperthermia, Chad and his physicians can make sure that a different type of anesthetic is used during any future surgery. About 1 person out of 2000 carries an RYR1 variant pre-disposing them to malignant hyperthermia.
We use cookies placed on your computer for analytics and to improve our website. By clicking Accept or by continuing to use our website, you are giving us permission to use these cookies.